The first thing you see when entering Port Townsend is a horizon of boats—some new, some old, some in great shape, and some needing work. You don’t have to love boats, or be a boat builder, to enjoy all the port has to offer. Being able to walk up to a 300-ton boat being lifted out of the water is really something to experience first-hand. This scene is part of the fabric of Port Townsend’s boatbuilding legacy.

The local marine trades created the Wooden Boat Festival 45 years ago. It was a brilliant idea of those already working here. Alice, my wife, and I came here for the second festival because news of the first one had reached us in Maine and California. We were part of a substantial influx of tradespeople around that time. Over the next three years, several large marine trades businesses were launched.

There was no easy way to launch the boats we built at Admiral. We used the old boat ramp in the corner of the Boat Haven and large house-moving dollies connected by cables to place the boat at low tide. Then we rolled the bow dolly into the water after the rising tide floated the stern. The Evviva was too big for this and was launched over the beach by building a plywood “road” in front of her on a receding tide.

A Smart Investment Serves the Community

In 1997, a collaborative effort by the Port of Port Townsend and local marine trades businesses to service large vessels prompted further economic investment. Our 300-ton lift is still one of the largest publicly owned and operated marine lifts on the west coast.

In 1999, six former Admiral employees established Townsend Bay Marine (TBM). I became the CFO. TBM was a general service boatyard, building, fixing and refitting boats until 2015 when we sold the facility to the Shipwright’s Co-op. We had more than 80 employees at our peak. In 2009, we launched the sport fisherman Cielo Mare. At 127 feet, it was the second largest boat ever built in Port Townsend. Our thriving maritime culture continues to attract artisans and dreamers to this day.

We are all tied together by the Port of Port Townsend, created by the residents of Jefferson County in 1924. There’s significant ebb and flow in marine trades, and the 300-ton lift is key to the resiliency of our working waterfront. When TBM’s pleasure boat business was killed by the financial crisis of 2008, work in the Boat Haven shifted to commercial and fishing vessels and the port’s lift didn’t miss a beat.

In addition to the for-profit businesses, maritime-oriented non-profits anchor a unique education economy for Port Townsend and Jefferson County. The NW School of Wooden Boat Building is to Port Townsend marine trades what UC Berkeley is to Silicon Valley. The Northwest Maritime Center is leading the development of maritime education in public schools, preparing mariners as the boat school has been producing shipwrights. Meanwhile, the schooners Martha and Adventuress grace our bay. And the Port Townsend Marine Science Center teaches us to understand and appreciate it. These organizations are all part of Port Townsend’s boatbuilding legacy.

Our working waterfront belongs to the people. The local community has consistently chosen to protect it by excluding restaurants, resorts, and other “water enjoyment” uses from the shoreline area, thus preserving it for uses that depend on access to the sea. Both marinas are public open space without locks at the head of the docks. “Mile Zero” of the Olympic Discovery Trail is in the Port Townsend Boat Haven. Bicycles are as common as pickup trucks. Workers and visitors intermingle. A tolerated irritation of working in the Boat Haven is a slow-moving car driven by someone appreciating the boats and the boat work. Oh, and drive carefully—that’s me on the bicycle. 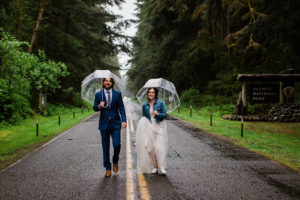